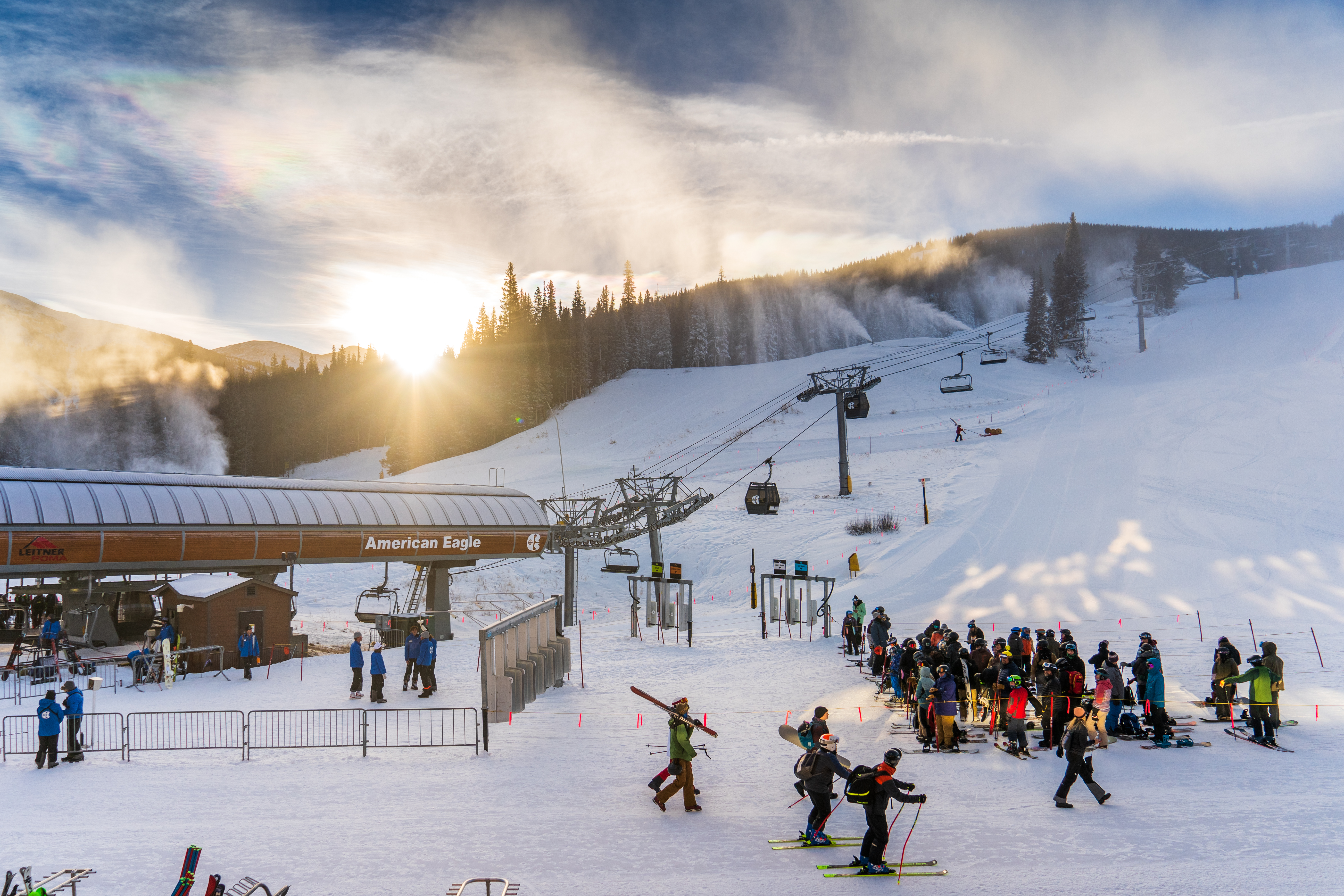 You’d have to be in denial to think that skiing and snowboarding aren’t expensive—especially when visiting major destination resorts.

There is a cure for an expensive ski vacation, however.

Go to a smaller ski resort.

Set outside Leadville, Colorado, Ski Cooper is small. Very small by major western resort standards. But, what you trade off in size, you gain back in ambience, attitude and cost.

And, if it happens to snow, as it did the other day when I was visiting, well, powder skiing is a hoot no matter where you do it.

March snows aren’t that unusual at a place like Ski Cooper, where the base are sits at 10,500 feet right along the Continental Divide. the ski area benefits from both northerly and southerly storms.

And, for we easterners unused to deep snows, encountering powder at Ski Cooper means more manageable terrain on which to handle it and far less competition for untracked snow.

You arrive at Ski Cooper and immediately know you’ve entered an old-fashioned ski world. No condos line the slopes, no pedestrian mall anchors its base. No fancy high-speed lifts and gondolas race to its peak.

In fact, only two lifts reach the summit of this two-sided place. One from each face. One’s a double chair that looks like your grandpa constructed it. No worries, its guts have been completely retrofitted and updated. The other’s a comparable triple chair.

In our day of faster and fastest everything, from ski lifts to computers, it’s rather nice to sit on a chairlift and have enough time to indulge in a real conversation. It’s also nice to have time enough to rest between runs (particularly if you’ve just arrived from sea level and the low-oxygen Rocky Mountain air has you gasping all the time).

The base lodge, too, recalls a different era. Small, as you might expect, it manages to hold two floors of dining tables, a cafeteria and even a miniature bar. In this little space, you find yourself surrounded by locals, destination skiers looking for a laid back experience, and families. Lots of families.

Indeed, Ski Cooper may exemplify what a family ski area should be:

Speaking of doing your own thing, the Tennessee Pass Nordic Center sits right next door to the base lodge, and from there you can access 25-k of groomed Nordic skiing and snowshoe trails.

And, you’ll find folks who combine the best of both worlds. Like the participants I encountered taking part in a randonee race as part of Ski Cooper’s second annual Tele Fest.

Randonee races go both uphill and down. I’m no sure why people would want to punish themselves that way, but here in the fast-falling snow, the racers were more than happy to trudge up and zip down while smiling grittily, as the odd friend or passing downhill skier cheered them on.

Meanwhile, back in the base lodge, the race results were being tallied underneath 10th Mountain Division memorabilia mounted on the walls.

During World War II, the now-renowned 10th Mountain Division trained just down the road from Ski Cooper at Camp Hale. And a Tele Fest like this one celebrates not only the locals’ love for skiing the outback, but the telemark tradition that goes back to those early days of skiing when the telemark technique was the basic way to slide.

I admire those randonee racers. And all the other tele-skiers I saw on the hill that day. But, me, I’ll settle for the joy of skiing in new powder on my state-of-the-art downhill gear.

That I could be doing it without the hustle and bustle of a huge ski resort, where thousands of downhillers would eat up the powder stashes in a matter of minutes, made the day ever more fun.

Hats off to the little guy.